i went to look
at art
and remembered.

i had forgotten
to look at faces.
Posted by Kristen Robbins Warren at 5:09 PM No comments:

After meaning to read this book for a few years, I finally got around to it. It was one of those books that I didn't appreciate it's beauty until it was nearly over. Unfortunate. It is the story of a number of wealthy businessmen and their wives from all over the world and a group of Latin American terrorists who take the men hostage at a party. Intending to kidnap only the president of an unnamed Latin American country, when he did not show, they settled for the businessmen and Roxane Cross, a world renown opera star. The most interesting part to me was how Ann Patchett explored the breakdown of human relationships and the the needs of the human mind when placed in such a situation.

The hostages and the terrorists within time broke the one rule that could ruin everything: they began to see each other as people and not as enemies. And, like just like the poets of the past have predicted over every age, it was art that began to break down the walls. Bel Canto means "beautiful singing" and when Roxane Cross started to practice again, the entire house was captivated by the beauty of her voice: "Kato played another and then another until everyone else in the room forgot that they badly wanted to be someplace else." I am so fascinated by the power of art: be it painting, music, theater, literature to remind people of what is beautiful and good:

"All of the love and longing a body can contain was spun into not more than two and a half minutes of song, and when she came to the highest notes it seemed that all they had been given in their lives and all they had lost came together made a weight that was almost impossible to bear. "

I don't want to give away the story of the hostages and their captors, but I have been trying to think of what else I could say about the bewitching universality of music and art, but with no surprise to myself, I realized there are no words.
Posted by Kristen Robbins Warren at 11:07 AM No comments:

Four time zones later, back on the BQE.

the moon slouched low and wedged;
midwestern in its autumnal glow.
Posted by Kristen Robbins Warren at 6:15 PM No comments:

One thing I have realized about myself this summer is that I function better as a person when I have a schedule. Otherwise, I wake up around nine and before I know it, it's noon and I can't really explain what I have spent the whole morning doing. This summer, I had high hopes of being employed. I planned my travel (or lack thereof) around it, and was actually looking forward to working in the morning and doing writing projects in the afternoon. Since I wasn't employed, any hopes of a schedule fell to the wayside. And after I stopped stressing about not having a job, I found that my motivation to be productive had waned completely. Or, it could have been writer's block? Either way, I did spend a lot of time reading, though.

I wanted to highlight a few of the books that I read. They've been sitting next to my bed in a pile, signifying that I needed to write about them. But, we all know that didn't happen. But anyway, here are a few:

1. Rape a Love Story by Joyce Carol Oates: The title of this book is provoctive and potentially offensive enough that I avoided reading this one on the subway. However, it was much less offensive inside the actual pages. Oates writes part of the book in the second person from the voice of a twelve year old girl who witnesses the violent rape of her mother. This was actually the most thought provoking part of the story for me: "You were Bethel Maguire everybody called Bethie. Your childhood ended when you were twelve. Always you would think if." It is simulataneously a tragic coming of age story as well as a portrait of judgement.

2. The Beautiful Things That Heaven Bears by Dinaw Mengestu: I initially read about this in the New York Times Book Review, and it really did live up to the praise it received. Though it was slow moving at times, this is an incredible story of an African immigrant, Sepha, in Washington, DC. The title comes from an excerpt from Dante's Inferno:
Through a round aperature I appear,
Some of the beautiful things that heaven bears,
Where we came forth, and once more saw the stars.
Sepha and his friends continually ask the question--both out loud to each other and to themselves in their minds--How did I end up here? Sepha then asks a question that I think is one all people ask at one time or another: "Where is the grand narrative of my life?" (page 147). In his quiet search for meaning amidst life's heartbreaks, he runs across another poet's words that completely capture the heartbreaking and hopeful essence of this story:
We have come this far, to find we have even further to go
The last traces of a permanent twilight have faded and given way
To what we hope is nothing short of a permanent dawn.

3. Amulet by Roberto Bolano: I picked this book up last spring at the Book Expo of America, having no idea what a gem it was. I read it early in the summer and then began seeing Bolano's name everywhere. A Chilean writer, his work has only recently been translated in English. The story is set in a tumultuous Mexico City during the 1960's, the main character Uruguayan ex pat, slightly crazy lover of poetry. She is one of the most interesting characters I have met...and hard to completely understand as she slips in and out of lucidity. But you can't read her and not feel moved if you are a lover of language and art: " Dust and literature have always gone together..I conjured up wonderful and melancholy scenes, I imagined books books sitting quietly on shelves and the dust of the world creeping into libraries..." Art and words are her hope, and the voice that Bolano pens is original, highly creative and beautiful.

Now I'm wishing that I actually took the time to write about each of these individually, but I'm considering myself lucky if you made it to the end here. Other notables included Middlesex (completely thought provoking), The Brooklyn Follies (fun because it's set in my neighborhood), Looking for Alaska (young adult), Breaking Dawn (I will eventually write about this 4th and last novel in the Twilight saga) and The Same Kind of Different as Me (a great read for anyone who grew up in a middle to upper middle class church...tells the amazing story of a wealthy couple and a homeless man whose lives changed as they began to understand and know one another.) 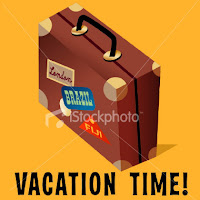 It seems as though each year I need to take about a month's vacation from my blog. But not to worry, the fall is on it's way and with it comes much inspiration and a follow up on my summer reading. Soon enough.
Posted by Kristen Robbins Warren at 3:57 PM 3 comments: