Poshlust and my mental journey while reading Lolita. 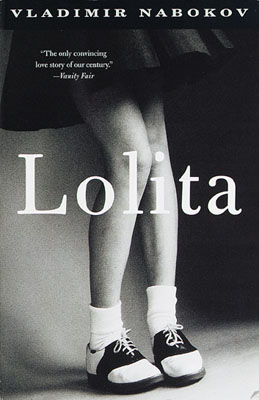 I miss being an English major. Period. To think that I spent years of my life reading and talking about books, processing through challenging ideas and aspects of history seems like a dream. I crave hearing different, difficult ideas and being challenged to sharpen my own and to read more closely. I realized this while I was reading Lolita by Vladimir Nabokov over Christmas break. I was mostly so disgusted by Humbert Humbert (the main character who attempts to justify his sexual perversion and rape of Lolita), especially in light of the research I've been doing on sexual trafficking, that I didn't really pay attention to the nuances of Nabokov's novel, his mastery of language or the implications behind the complex themes. I was reading for a book club and realized I had nothing to say beyond by abhorrence of the main character.

So. I started rereading one of my favorite books, Reading Lolita in Tehran, and all I wanted to do was sit around and think or go to class. The book is a memoir of an Iranian woman and the literature class she taught in her living room in the Islamic Republic of Iran, where they secretly gathered and read books banned by the regime.

(Before I share some of the incredibly thought provoking insight I received from this book, I just need to mention as an aside that the idea of writing a memoir in books is so incredibly brilliant and telling of the power of literature, especially in an oppressed society.)

"We rediscovered that we were also living, breathing human beings; and no matter how repressive the state became, no matter how intimidated and frightened we were, like Lolita we tried to escape and create our own little pockets of freedom." When I read this sentence, I realized how captured I had been by Humbert's narration...to the point where I had not really thought about the whole situation from Lolita's perspective--even though I was so disgusted by Humbert.

"The desperate truth of Lolita's story is not the rape of a twelve year old girl by a dirty old man but the confiscation of one's individual's life by another. We don't know what Lolita would have become if Humbert had not engulfed her." The reader watches Lolita wither as her life is completely taken over.

The two year cross country journey that Humbert takes Lolita on, never staying in one place too long, attempting to feed Lolita on the meaningless joys of tourist traps while attempting to live out his fantasy...which despite his success in mentally and essentially physically imprisoning her, cannot truly be his fantasy because he can't escape the fact that Lolita cries herself to sleep at night or has to be bribed to service him. The freedom and dream life he thought he would gain is impossible to achieve, and we see Humbert grow in his burgeoning insanity as he desperately tries to hold onto his fading dream.

Azar Nafisi also mentions Nabokov's Russian term poshlust: is not only the obviously trashy but mainly the falsely important, the falsely beautiful, the falsely attractive." This word reminded me of the figurative journeys that we go on--of course, most not like Humbert's journey--but the continual pursuit of things that we believe will bring us ultimate happiness, but just end up running us around in circles, crazy by the time we can't capture what we thought we wanted.
Posted by Kristen Robbins Warren at 12:48 PM

I absolutely love memoirs. I think I should pick this one up!